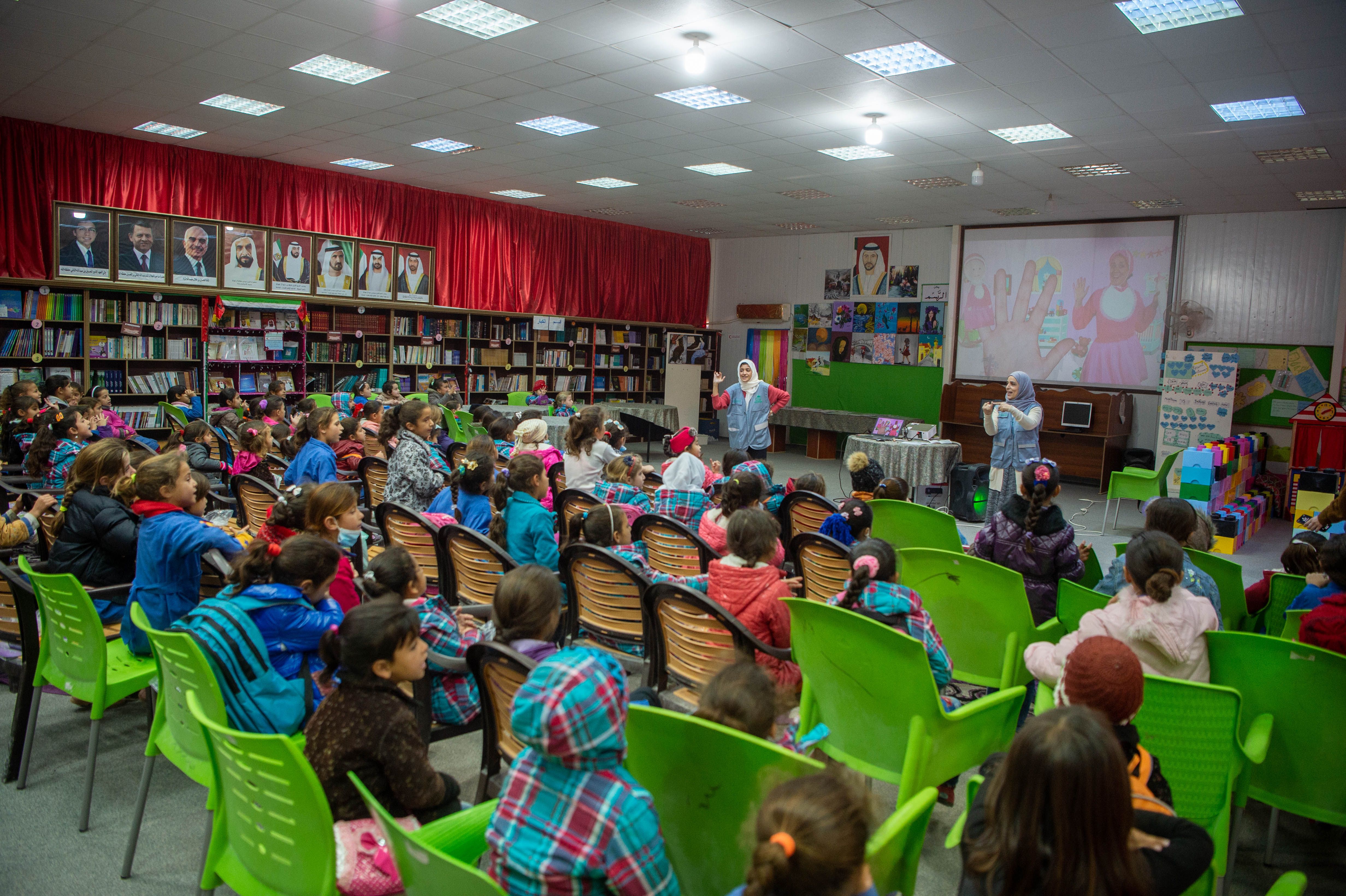 In cooperation with the Emirates Red Crescent, Educators without Borders (EWB) launched the virtual summer camp, on Sunday July 19th 2020. The camp had been joined by a large number of school students from different stages.

Students learned and applied various artistic skills in the camp, with the help of specialized trainers who trained the students in various workshops, that suit their diferent ages and hobbies, with the aim of providing information and activities that stimulate creativity and innovation for these students, through the simplest tools and materials which are available for them from their surrounding environment.

Professor Abeer AlSuwaidi presented the first day in the camp, focusing on integrating the applied activity with preliminary information for the participating students in the camp.

As for the second day, it was supervised by Professor Walid AlSheikh, during which the students focused on collage art, which encourages students to use various materials from the surrounding environment for making a work of art, and educate them as well about the concept of material recycling.

Professor Iman Hashish took charge of the third day in the camp, where students were able to make various forms of the space probe, as well as learned many other artistic skills that stimulate their creativity and innovation.

EWB had concluded, on Thursday August 20th 2020, the latest activities of its virtual summer camp, in which more than 250 students of all ages had participated in various events and activities in the the camp, which was held over the last three weeks.

It is worth mentioning that Educators without Borders is an international organization based in Geneva, concerned with providing educational services for children in affected regions, and improving training services in crisis areas.